Under UN Security Council Resolutions 2165/2191/2258/2332/2393 and in line with the "Whole of Syria" approach, Jordan-based actors, including UN agencies and their implementing partners, continue to deliver lifesaving assistance to populations in needs in the southern Syria. Since early 2014, conflict in the south has been persistent and intense, with opposition influence expanding in the western border region and the government maintaining influence in the north and east.

Alongside vastly inflated food prices, inadequate shelter, fuel shortages and electricity cuts, and disrupted access to clean water, among other factors, this has generated considerable humanitarian needs within both IDP and other conflict-affected communities. 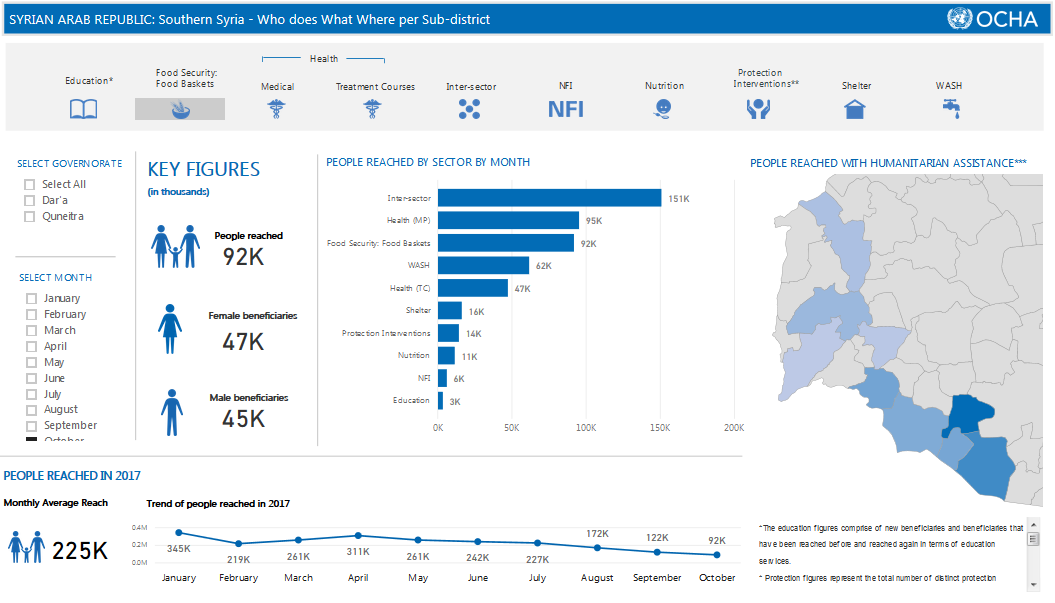 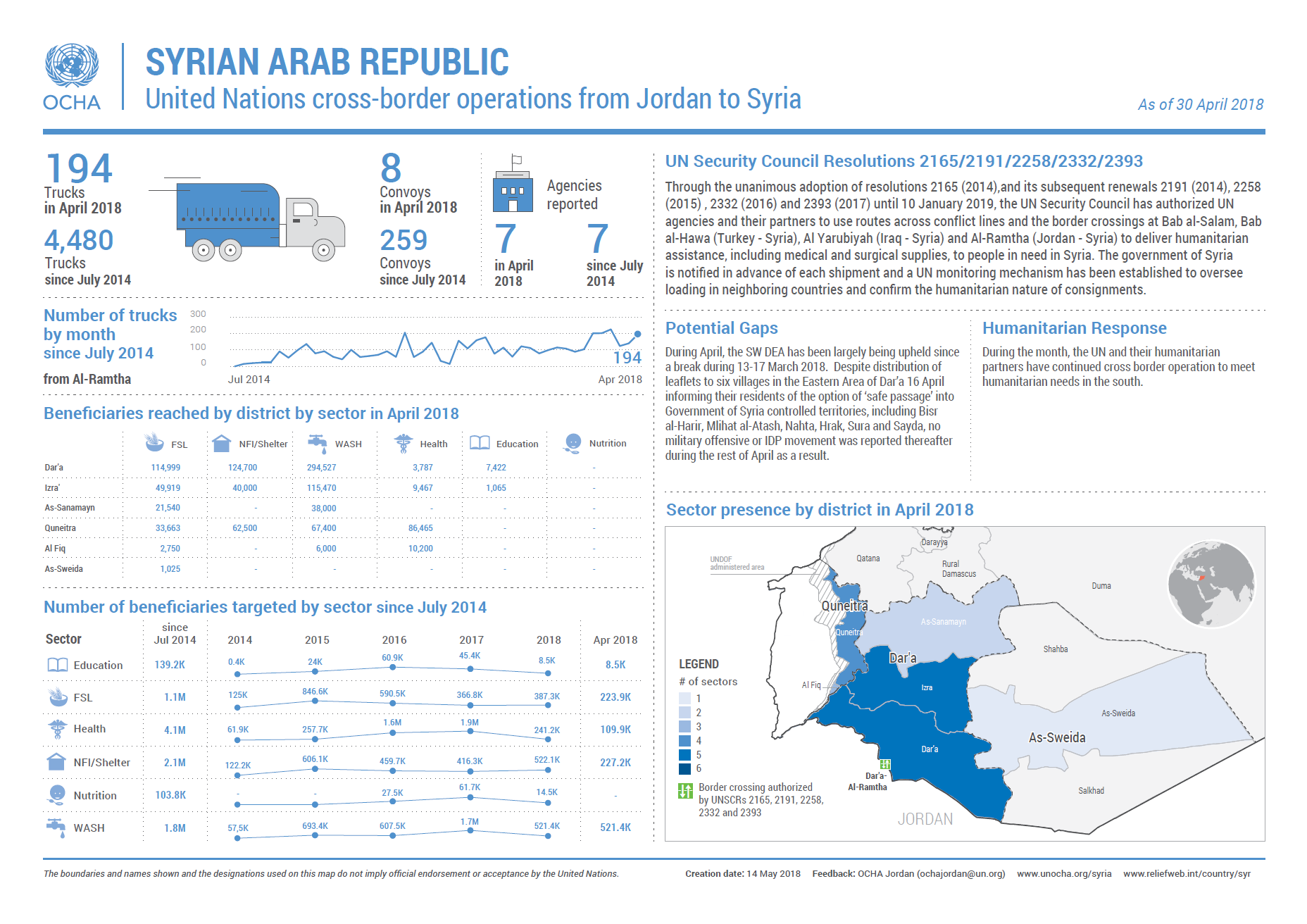 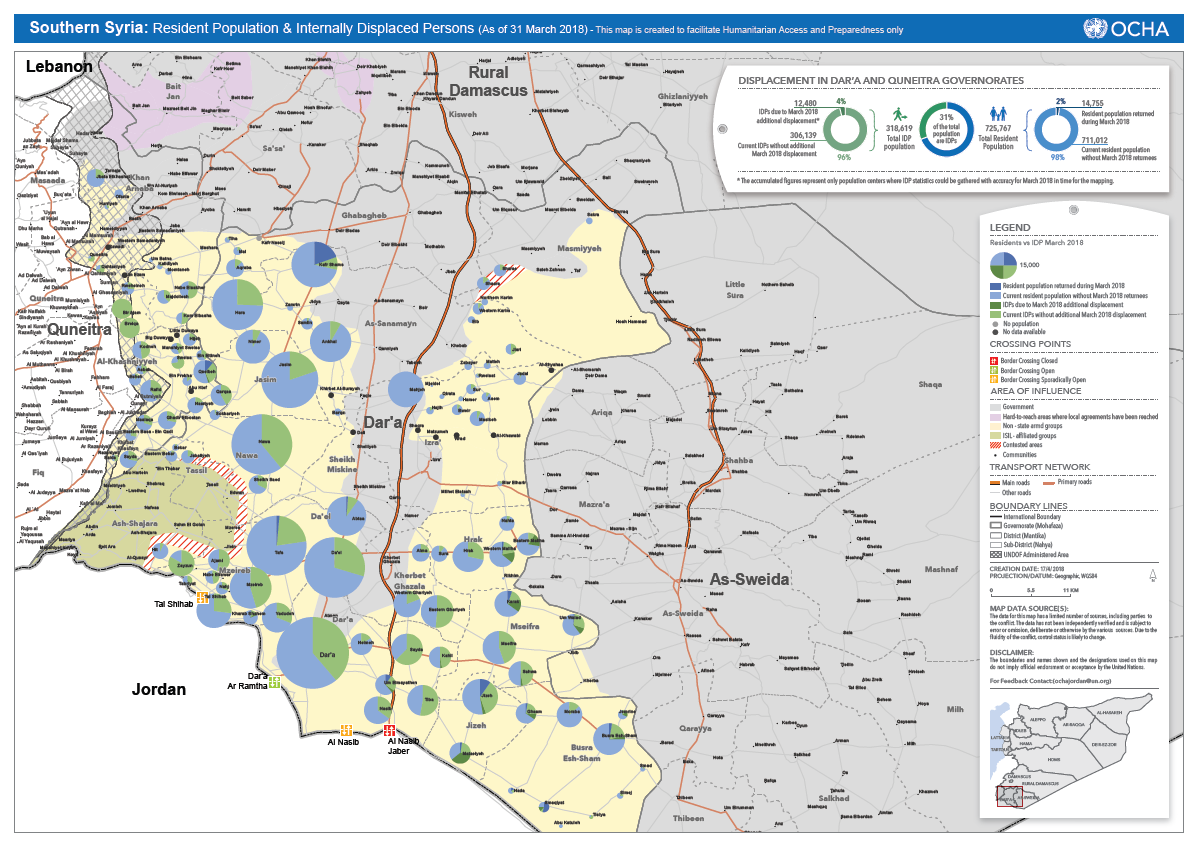 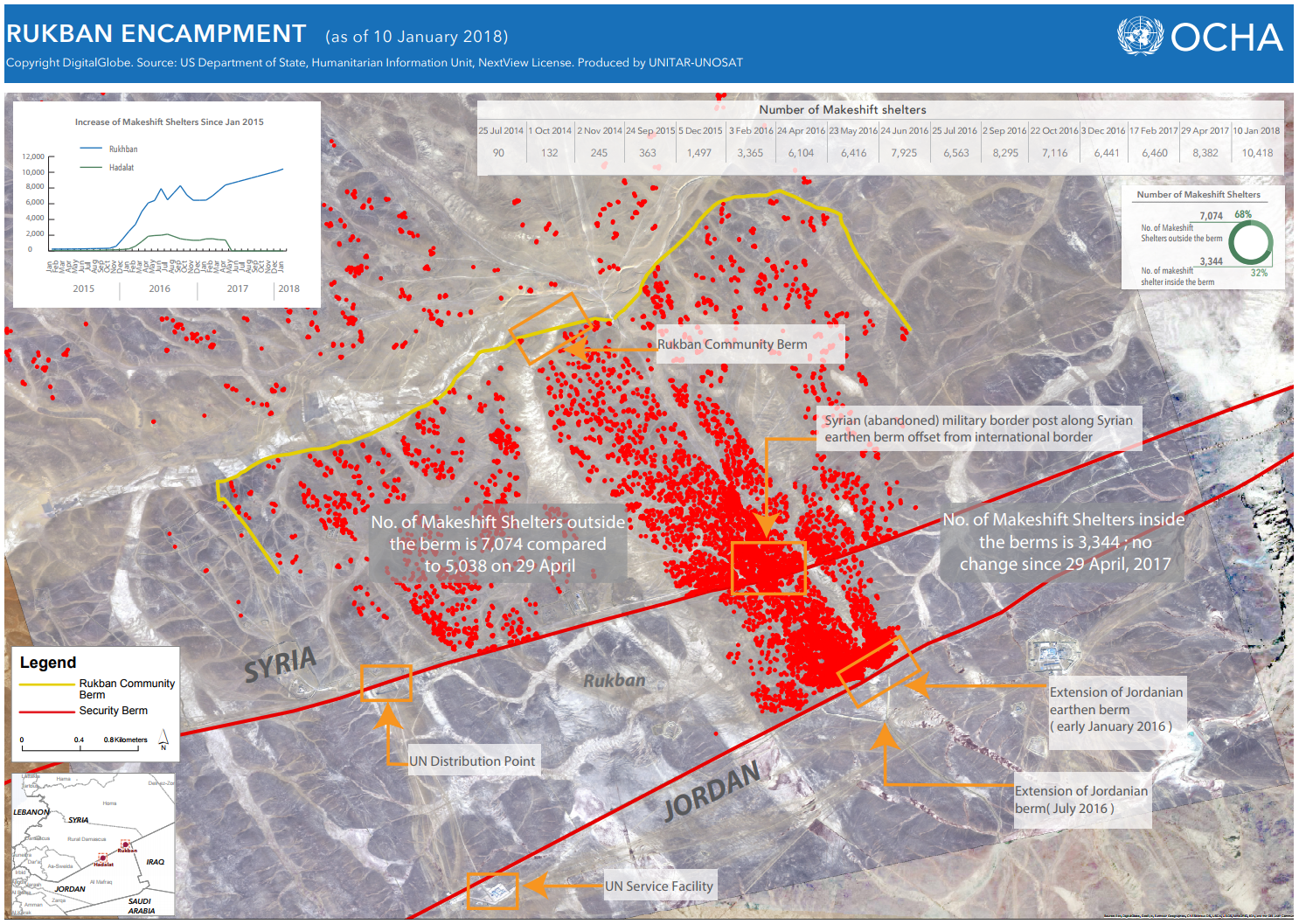 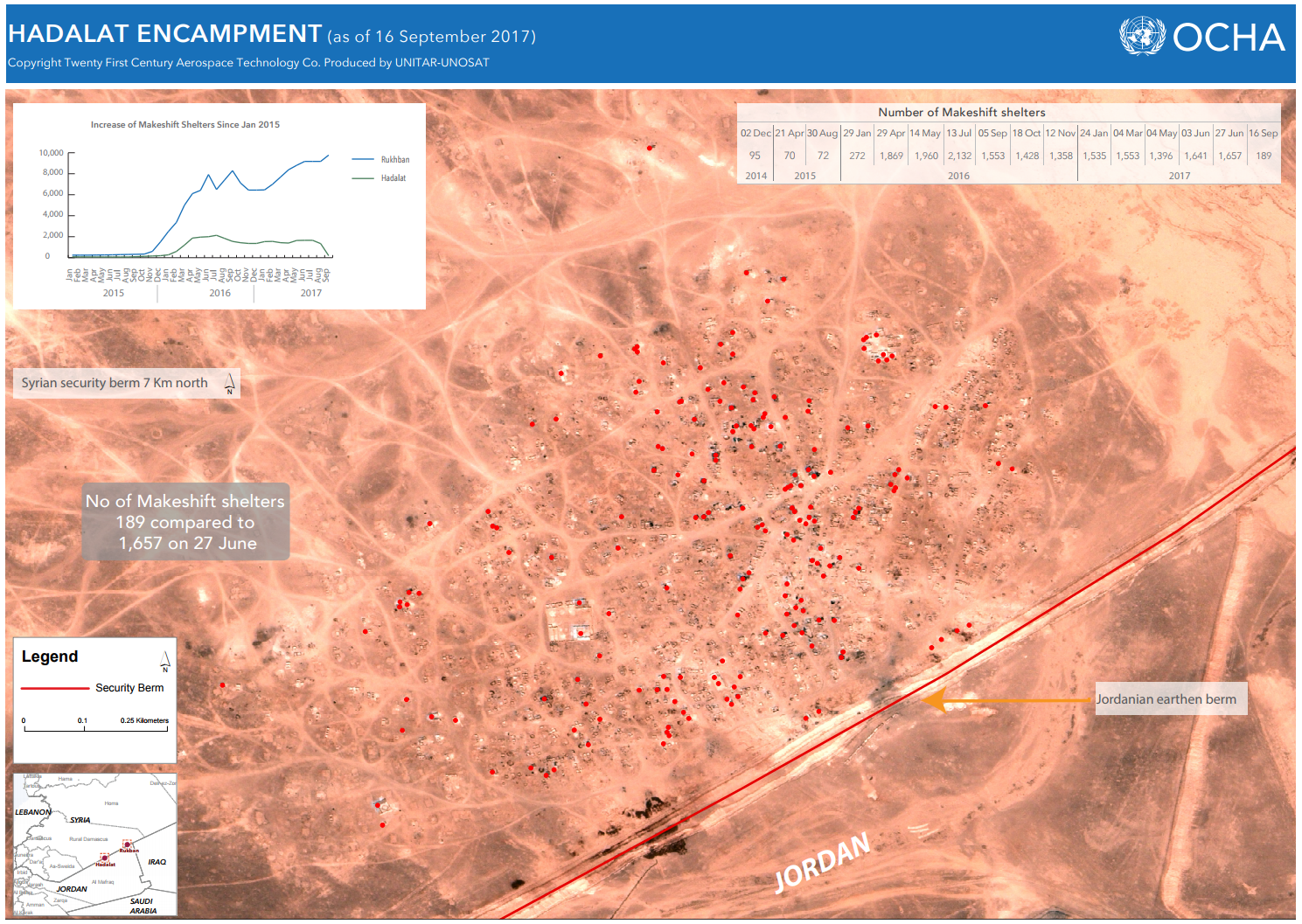 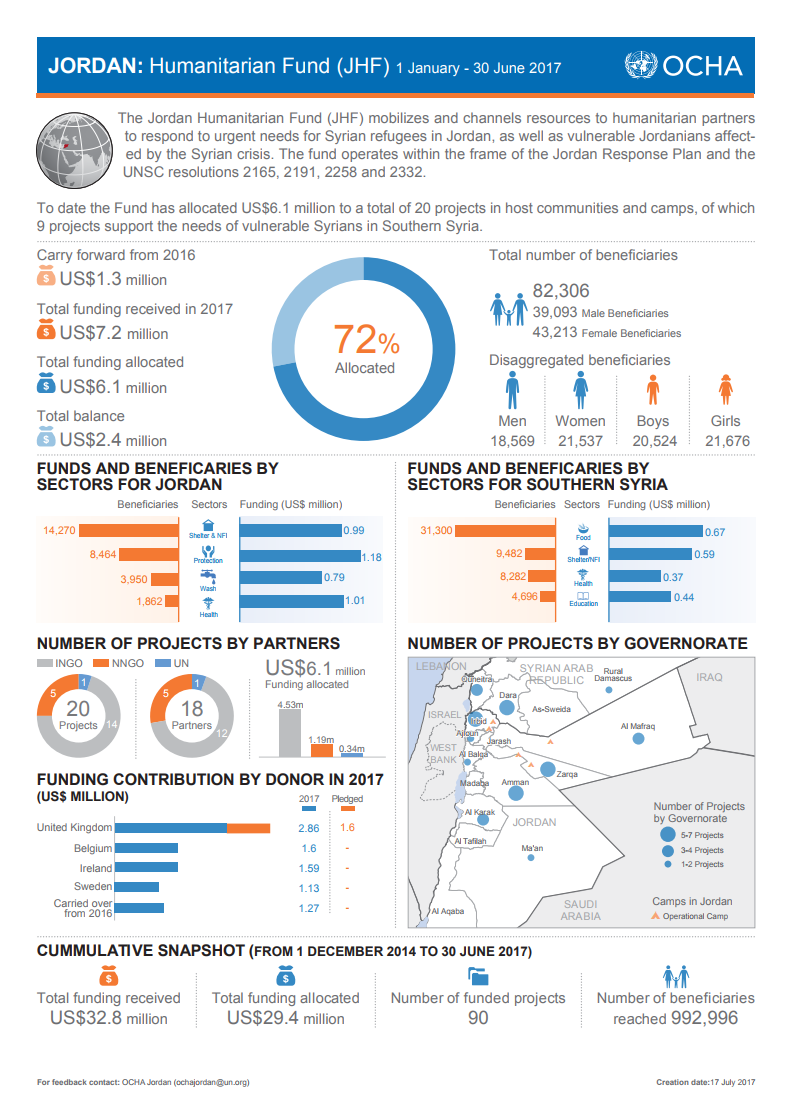