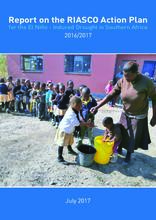 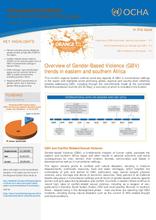 South Africa is a middle-income country with abundant resources and modern infrastructure supporting an efficient distribution of goods throughout the entire Southern Africa region. The nation is ranked 24th in the world in terms of GDP, but also is among the top 10 countries in the world for income inequality, and unemployment is high. South Africa ranks 4th in HIV/AIDS prevalence, with 17.9% of the population being HIV positive.