“Check the maps on your phone to find where diner is, and let me know how long it will take you to get there”

This sentence could be heard on most western world countries daily, by kids, workers, family members…. They rely on the information that big international corporations collect, making it available through strong 3g or 4 g phone networks. Made our life change. A lot.

It is when you are going to the field during an emergency, especially in developing countries, that you find out that what it is normal for some, it is not for the majority. For instance, Internet connectivity has expanded widely around Africa in the last decade. Information, maps, census, simply could not keep the same peace. When humanitarians are involved in emergencies, they know cannot rely on their regular western world assumptions of information availability, on tools to be working online properly, neither on integrated layers of data to be as clean, crisp and up to date like the ones they use at home. It is normally the opposite. When a crisis starts is when the data gap is more visible. 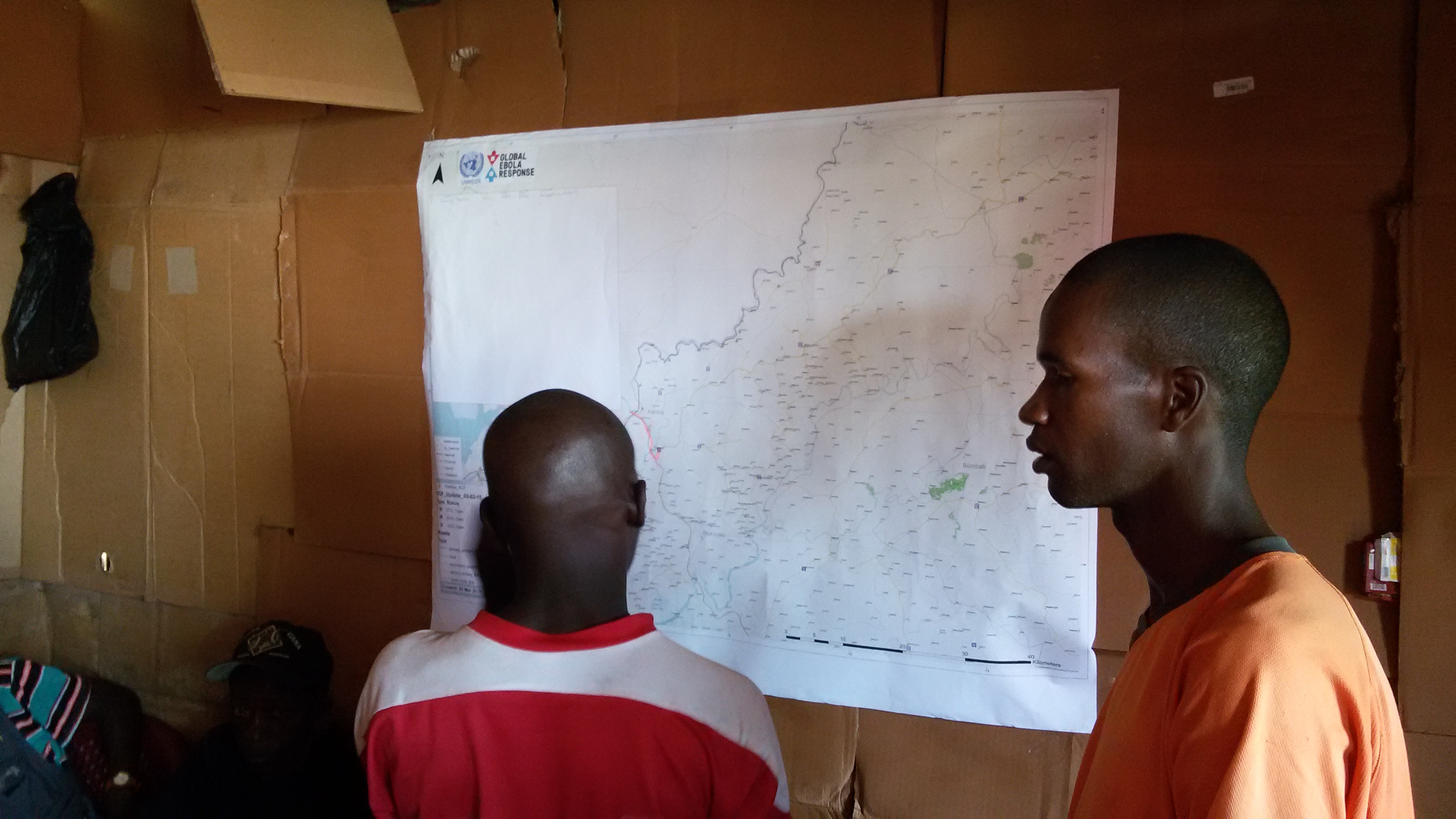 Gladly, an organization such as OpenStreetMap- OSM and communities such as Humanitarian Open Street Map Team (HOT) has been providing some relief on the missing basic information gap. Starting after Haiti Earthquake in 2010, and with an active participation on big humanitarian emergencies such as Libia and Philippines when affected by Haiyan typhoon, HOT/OSM works as a silent master builder, feed by volunteers and  anonymous programmers, when a crisis starts and even before the first relief arrives, they have already started  to map , and clean and assembled…anything that is missing, from roads to settlements…to latter create, in some cases,  the best available data for the operation.

The humanitarian community is starting to take as granted that OSM and HOT (as well as other) will be providing the needed data, that the best available road network is the ones they are putting together. There is no competition, it is simply the best, the most up to date…the ones that other giants with glasses copy…

Now with Ebola crisis in West Africa, the humanitarian community faced a similar problem and a similar solution was adopted: rely on OSM for their road network update. Maps with OSM layers were being deployed in front of Directors of Operations, and UN envoys as the best source of information. And the community on the ground, the end users, were also using them: from GIS analysis to paper map production, to office daily mission planning for contact tracing. 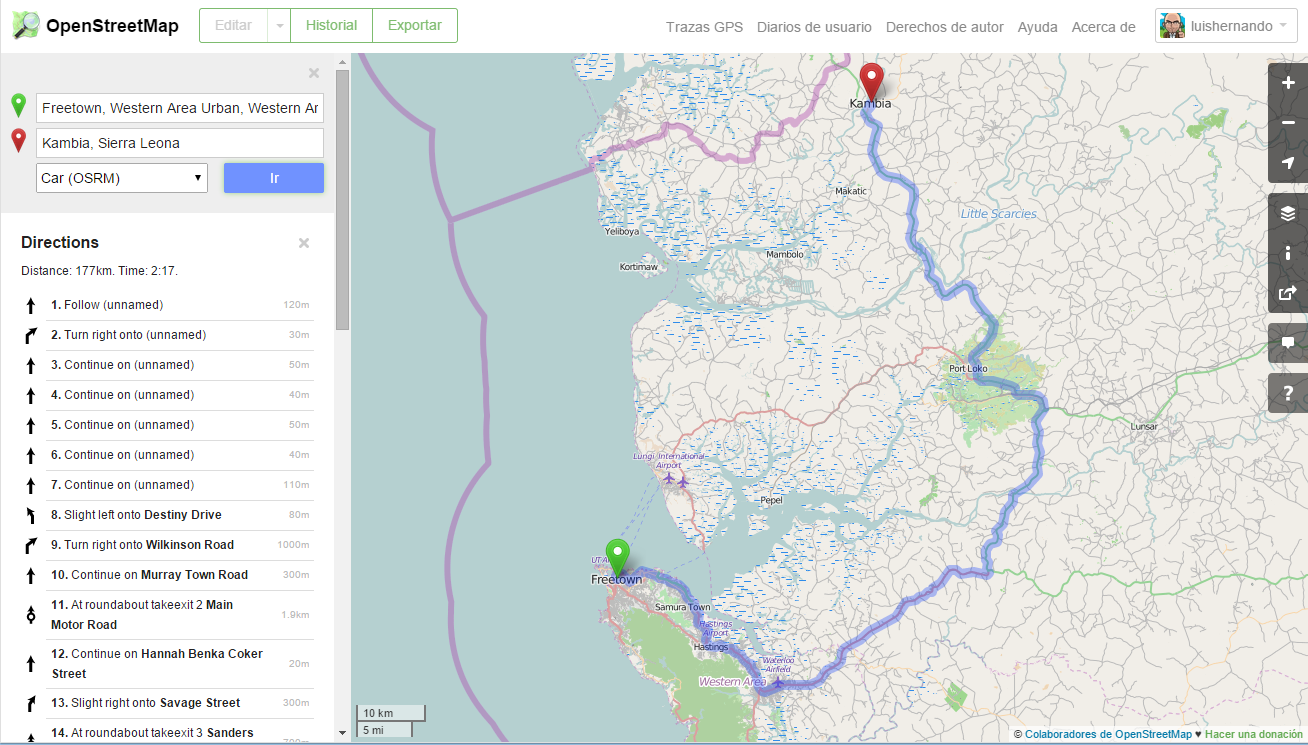 Offline mapping tools using OSM data are simply a must for some that work hard in the deeper districts of Sierra Leone, Guinea or Liberia. Simply internet is weak and unreliable…They simply rely on the offline, free and available data from OSM. There are no questions on quality, just on when is the next update coming.

Organizations such as HOT provide de exact support at the precise time with the right amount of energy and dedication. This volunteer brigades combined with non-profit effort are changing the game, are taking over responsibilities from governments that sometimes cannot cope with the peace of information requirements, fulfilling a gap that, while sometimes embarrasses other organizations and corporations, making humanitarian response more agile , filling missing end knots .

As an example, Travel time information data collection using OSM data for map production in Kambia (Sierra Leone) proved to be easier and more reliable information, based on the availability, on the extension and density of the network. Other data was simply incomplete or outdated

Normally it is easy to right complain letters when things go wrong. However sometimes it is worth to thank those like OSM and HOT that take time and knowledge to serve a community overwhelmed by demands.  OSM leaves a legacy for developing countries, it gives them for free information that would take thousands of dollars to gather. And the information providers are anonymous people that give their time to help humanity.

When a new emergency starts, some people will take action to benefit unknown settlements and unknown populations and the unknown humanitarian worker that will be assisting the affected populations. 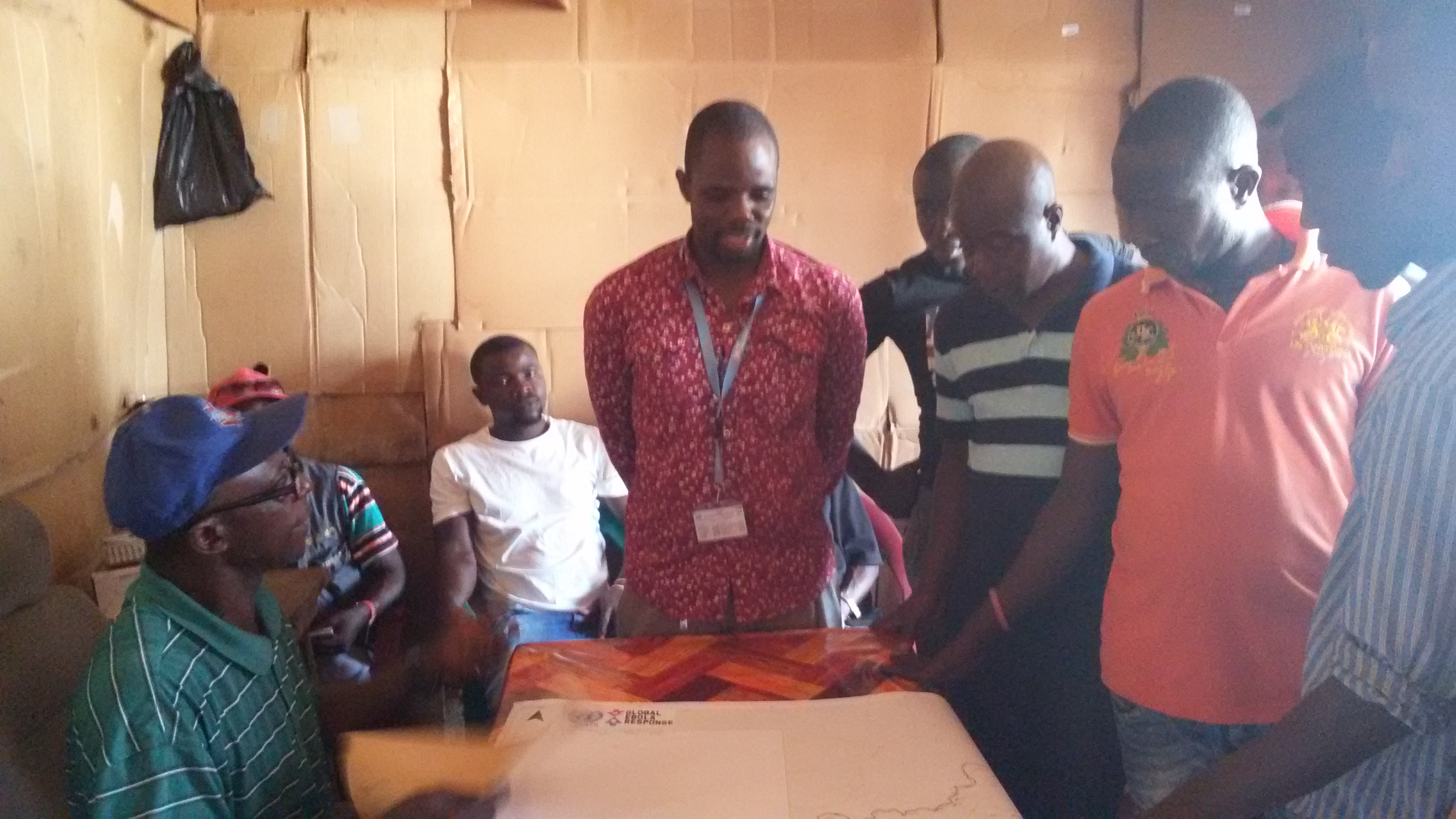 When taking a look once more to your dinner date location on our phone mapping system, think that in other locations the same movement might be used to help save lives and that, in those areas, part of this effort is done by communities such as OSM or HOT that are not expecting more than to be useful.

Pictures: Kambia city (Kambia, Sierra Leone) Travel time Data collection project using OSM data. Pictures were taken at the Kambia Drivers Union Office and at the DERC Fleet manager officer. The project consist on  collecting data and road knowledge from drivers and road users by letting them draw over the road map the route they took to  do their mission/work,  and adding on a log  the description of their trip including travel time and date.