Pacific Island countries are preparing for a looming El Niño emergency with the potential to affect more than four million people. Climatologists are now unanimous in predicting that we are heading for a strong to severe El Niño event in the coming months. Some modelling is now suggesting this El Niño could be as severe as the event in 1997/98 which is the worst on record and brought severe drought to PNG and Fiji. Communities and governments are getting ready for extreme weather changes El Niño usually triggers. A number of countries are currently in the process of implementing or drafting drought plans and the United Nations stands ready to support these efforts by providing coordination and technical advice. 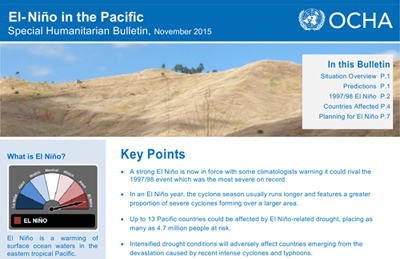 More information on El Niño in the Pacific 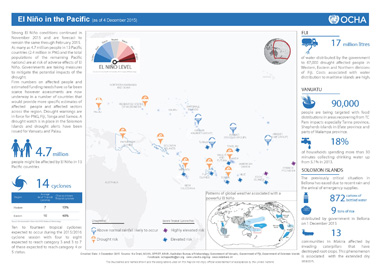