According to the WHO Global Dashboard, as of 22 March a total of 294,110 cases of COVID-19 have been confirmed and 12,944 deaths have been reported worldwide across 186 countries. On 11 March, WHO declared the COVID-19 outbreak as a global pandemic. Physical distancing measures can help to slow transmission of the virus and reduce the burden on the health system. But to suppress and control epidemics, countries must isolate, test, treat and trace. As the virus moves to low-income countries, WHO is deeply concerned about the impact it could have among populations with high HIV prevalence, or among malnourished children – the latter being of particular concern in Afghanistan. Travel restrictions by countries are changing rapidly and should be monitored on daily basis. Wide commercial flight suspensions to Kabul are expected to begin over the coming days and the United Nations Humanitarian Air Service (UNHAS) is investigating options for a possible international air-bridge service, although this would be dependent on funding and other considerations.

A total of 42 people are now confirmed to have the virus in 12 provinces – Hirat, Samangan, Balkh, Daikundi, Farah, Kapisa, Badghis, Logar, Zabul, Kandahar, Ghazni and Kabul. Most people with the virus have a travel history outside Afghanistan. Afghanistan has recorded its first fatality from the virus. A 40-year old man has died in Balkh Province. He had no prior travel history. Contact tracing for the people confirmed with COVID-19 is ongoing. To date, testing has been small scale with fewer than 400 COVID-19 tests conducted which may account for the relatively low number of confirmed cases given the high number of border crossings with Iran where there are thousands of cases.

Social distancing is the best protection against the further spread of the virus however this is not being widely practiced in the country. On 14 March, the Government of Afghanistan announced that all schools would be closed for an initial period of four weeks – through to 18 April 2020. Public gatherings in Hirat have been banned until further notice. 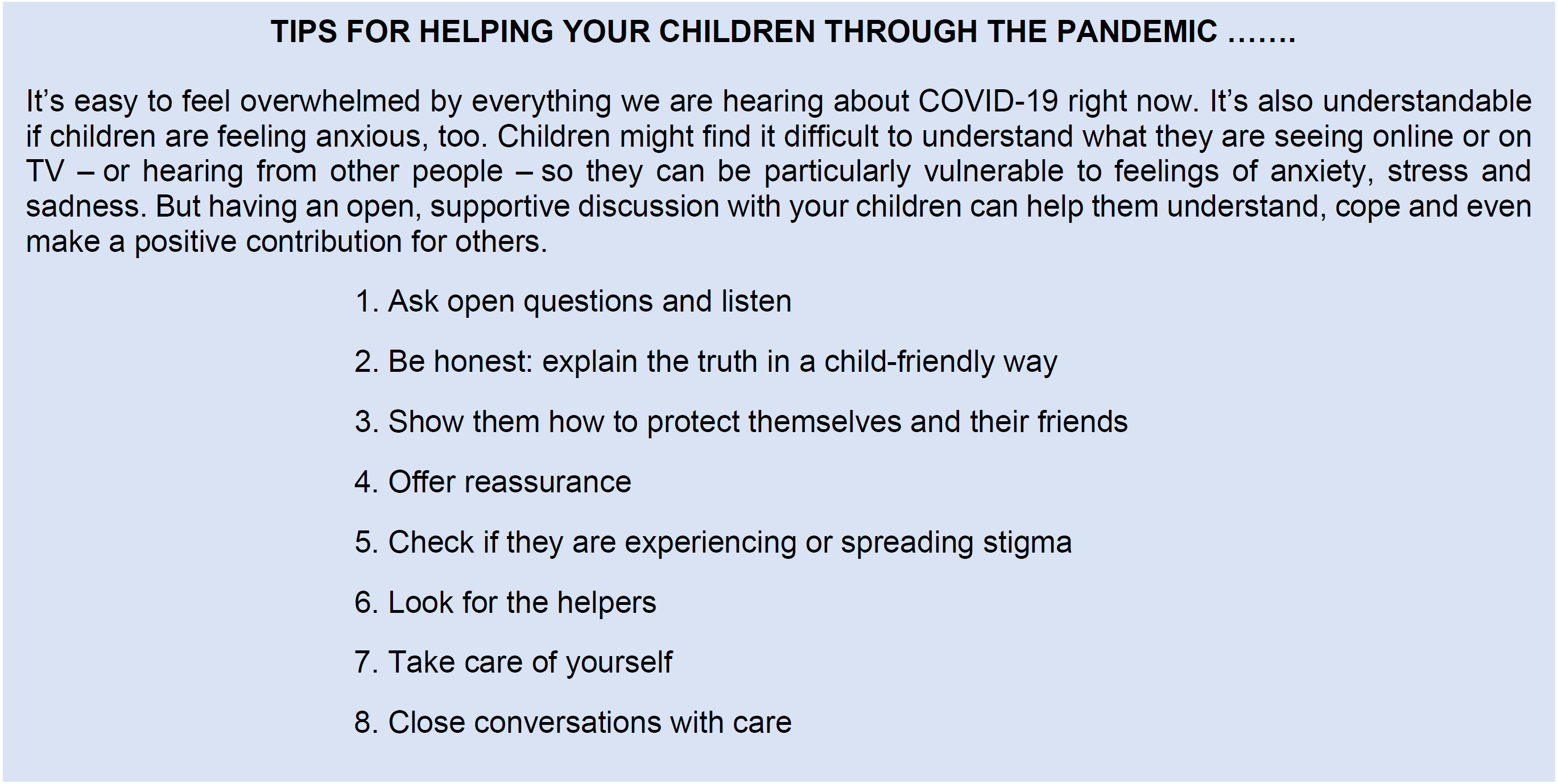 The focus of activities in Afghanistan is now on preparedness, containment and mitigation. The outbreak is likely to spread to other provinces, beyond those already affected. WHO is working to provide reliable modelling on the evolution of the virus in the specific context of Afghanistan with its unique vulnerabilities including its porous borders, erratic borders openings/closures, the weak health system, high malnutrition rates, significant displacement, poor water and sanitation infrastructure, the unequal access of women to health services and high rates of people with specific needs including physical disability and mental health issues.

MoPH is working closely with UN and other partners to rapidly expand in-country preparedness and containment capacity. The aim is to strengthen detection and surveillance capacity at points-of-entry into Afghanistan including airports and border-crossing sites (especially in the west), and to continue the training of medical staff on case-management, risk communication and community engagement. MoPH has established a series of committees for the surveillance of COVID-19 at the national and provincial level: Points of Entry Committee; Population Surveillance Committee; Data Management Committee; National COVID-19 Contact Tracing Committee; the Lab Surveillance Committee and Public Relations. The level of support and activities in all key areas will need to be expanded rapidly to manage the further spread of the disease.

While Afghanistan has recently received 15,000 diagnostic kits from UAE and 4000 kits from China are being delivered in the weeks ahead, diagnostic testing is still stretched given the increasing demand. Testing capacity has now been expanded and contact diagnostic testing is now available in Hirat, as well as Kabul. Laboratory technicians are being trained on COVID-19 testing in both locations. Humanitarian partners have provided over 300 sets of Personal Protective Equipment (PPE) and masks have been provided to isolation wards in Hirat. Overall, health partners have trained some 360 healthcare workers on case management and infection prevention and control. Currently, a national isolation centre with a capacity of 100 beds, as well as regional and provincial isolation centers with total capacity of 991 beds, are in place. The Hirat Department of Public Health also informed that a new hospital with the capacity to hold 100 isolation beds is set up at the “Paediatric Hospital”. Four major airports with international flights and all ground crossings are staffed and equipped for screening of travellers with a focus on those arriving from global COVID-19 hotspots.

The Inter-Cluster Coordination Team is standing up a COVID-19 Risk Communications Working Group, led by WHO, to scale-up efforts on awareness raising about the need for social distancing and to combat rumours in the community. Improved awareness raising efforts at border crossings will also support this.  Addressing rumours and community fears of seeking medical treatment through community engagement will be critical. The Government has also advised its provincial and district level counterparts to initiate awareness raising through community leaders and using mosques. In February, Awaaz started to collaborate with the World Health Organisation (WHO) to raise awareness and inform callers about COVID-19.

As of 23 March, WHO reports that there are 21,638 confirmed cases of COVID-19 in Iran. The flow of spontaneous returnees from Iran has risen since 8 March. Since 19 March, the return has subsided with a five-day slow-down for the Nawroz- Persian New Year holidays in Iran and Afghanistan. 1100 people crossed today up from 500 and 400 on the previous days. Lower returns were also reported in Nimroz today. All flights to and from Iran are in total suspension.

As of 23 March, there are 646 people confirmed to have COVID-19 in Pakistan. After initially announcing the country’s border with Afghanistan would close from 16 March, on 20 March, the Prime Minister of Pakistan reportedly announced the country was allowing trucks through the Chaman- Spin Boldak border for a three-day period to ensure continued supplies of goods in Afghanistan. IOM reports that while trucks were allowed to cross at the Chaman border point for a brief period yesterday to clear a backlog, none were permitted to cross today. The humanitarian community is concerned about the impact of repeated border interruptions on supplies of commercial goods which could drive up domestic prices in Afghanistan, as well as the impact on pipelines for humanitarian goods (e.g food) which are partially sourced in Pakistan.

Humanitarian partners and the authorities are closely monitoring market prices for key food commodities. Price rises in consumer goods as well as transportation costs will have a disproportionate effect on the finances of impoverished households, as well as the country’s economy as a whole. Some 14.3m people are projected to be in crisis and emergency levels of food insecurity through until the end of March 2020. The current price situation may further threaten food security and the health and well-being of individuals, in turn raising the chances of a more severe impact if people are exposed to COVID-19.

In early March, Afghanistan’s neighbours – Tajikistan, Turkmenistan and Uzbekistan – either closed their borders for civilian movement or suspended flights to and from Afghanistan- some level of commercial transport is continuing.

On 16 March, the Government shared revised administrative regulations for its staff with focus on temporary alternate work modalities for older and pregnant staff. Additionally, some NGOs have already started reducing their international footprint in country, especially after recent flight announcements, while others are preparing to scale-up to respond to the COVID-19 risk and ensure continuity of existing services in the areas where they operate. UN offices remain open and staff are working to ensure life-saving assistance continues to vulnerable people.